Researchers from twelve developed countries around the world have been working together in the NBER International Social Security Project for 25 years. Across all these countries, the researchers found that the way in which the pension system is set up largely determines the choices people make with regard to working longer. “The effect is surprisingly large,” co-director Courtney Coile (Wellesley College) says. “Compared with other factors, the role of pension policy is crucial in determining when people leave the labor market.” 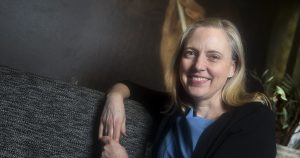 “In the mid-1990s, when work at older ages was at a historic low, our project found that 80% of the differences across countries in the share of men working at older ages could be attributed to differences in the countries’ pension systems. Factors such as health, labor supply or culture appear to play a much less significant role. Over the past 25 years, pension reforms have strengthened the incentive to work longer and workers have responded by retiring later.”

Incentive
Policy creates powerful (financial) incentives to leave the labor market earlier or later. Courtney Coile: “We looked at this from a tax perspective: relative to retiring at the earliest possible age, will working longer lead the worker to receive lower total pension benefits over his or her life (a tax) or higher benefits (a subsidy)? Until the end of the 1990’s there were often generous arrangements for those who wanted to stop working earlier and high tax rates on work at older ages. The raising of retirement ages, introduction of benefit adjustments for delayed benefit claiming, and the tightening up of, for example, disability laws, has led to an increase in labor participation among older people throughout the Western world over the past decade.”

Health
Policy measures to encourage labor participation prove to be effective, but may also have disadvantages. “We looked at whether working longer would be detrimental to the inflow of younger employees into the labor market. That appears not to be the case.” Another pressing issue is of course health; can people last this long? “Here is a discrepancy in what science says and how people deal with it themselves,” says Coile. “We project that about 80% of individuals aged 60-64 in our countries are able to continue to work based on their health and the relationship between health and work that we observe in younger groups. In practice, the percentages that still participate in the labor market are much lower. In the Netherlands, for example, only about 35% of men between the ages of 60 and 64 are working, when 80% may be healthy enough to do so. We see a similar result in the other countries.”

Similar
“The NBER International Social Security Project is executed in Japan, Sweden, the United States, the United Kingdom, Denmark, Canada, Spain, Germany, the Netherlands, Italy, Belgium and France. The results undoubtedly show that incentives for social security have a strong effect on pension decisions. This effect is comparable in countries with very different cultural history, labor market institutions and other social characteristics. Social security reforms have contributed to the increase in the employment rate of older workers.”

Interview series
The above synopsis from Courtney Coile is part of a series of interviews Netspar conducted with international researchers during the 2020 IPW. These provide a glimpse into the findings from Netspar’s ongoing global academic research. Over the next few weeks, we will be publishing an interview every Friday around noon CET on our website and through social media.