As of January 1, 2018, Gerard van Olphen, chairman of the Board of Directors of APG, has been appointed member of the Supervisory Board of Netspar Foundation by the members of the Foundation Board. With this appointment the vacancy that arises with the departure of Else Bos at the end of this year has been filled.

Job Swank, chairman of the Supervisory Board, said he was pleased with the arrival of Gerard van Olphen: “This appointment underlines the importance the pension sector attaches to close and active involvement in scientific research into the solution of complex pension issues.”

Netspar is grateful to Else Bos for the contribution she has had since 2013 as a member of the Supervisory Board. “Else knows how to move people and initiate change. For example, she has played a stimulating role in the development of what has become known as the Netspar project groups: meetings in which researchers and practical experts unravel differences of insights and come to a connection in order to make a constructive contribution to the pension debate “, says Job Swank. 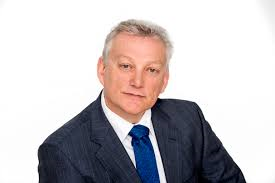 About Netspar
Netspar, Network for Studies on Pensions, Aging and Retirement is a think tank and knowledge network. Netspar is dedicated to promoting a better understanding of the economic and social consequences of pensions, aging and the ‘old age’ in the Netherlands and Europe. With knowledge development through independent scientific research and knowledge sharing through publications, events and education, Netspar actively contributes to the social dialogue between policy makers, academics and pension and insurance practice.