Whereas actuarial pension contributions are currently tied to age, the new pension contract will introduce a single, uniform, contribution limit that is independent of age. The transition to this system could entail high compensation costs, especially for people age 45 to 55. They do not have enough time left to remedy losses caused by the transition to the new pension system. The design of the tax system could play a role in providing compensation for this group. The extra tax allowance proposed is insufficient for full compensation. 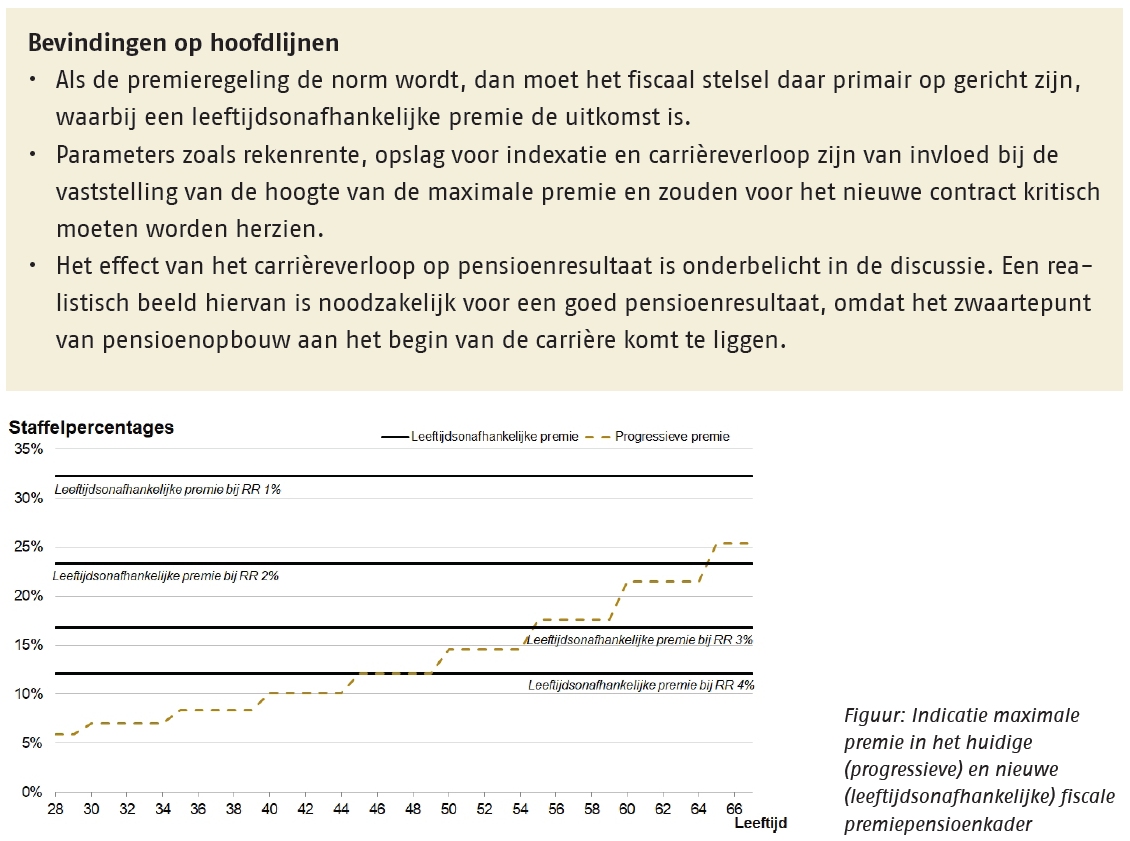