Pension systems in Western countries are under pressure and in many cases, individual savings are becoming more important. However, there is often still a considerable gap between what people need and what they actually save. “Financial education can have a positive effect on saving behavior. Which interventions are the most suitable, however, has only rarely been tested”, says researcher Jan Kabátek (University of Melbourne). “We are working on a benchmark for the effectiveness of various interventions on pension awareness and saving behavior. This effect can be large: Australian participants in financial education seminars – organized by their pension fund – on average saved over $ 11,000 extra.” 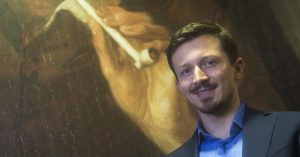 Financial education – or rather the lack thereof – has been identified as one of the key barriers to the sustainability of the national pension systems. “Academic literature shows that financial education interventions can have positive effects on saving and other pension behaviors,” says Kabátek. “however, we know relatively little about the size of these effects – particularly in large, representative populations.”

Save extra
“Our research shows that 50% of Australians between the ages of 50 and 65 actively seek financial education information. Most frequently, this information is solicited from their financial advisers or from pension funds. When it comes to stimulating voluntary savings, it appears that information from the pension funds is more effective than from other sources. Our analyses of the (free) pension seminars organized by pension funds support this; we show a strong positive effect of seminar participation on saving behavior. Participants received general information about finance and about the Australian pension system. The meetings took place throughout the country and were evaluated very positively. More than 167,000 people were invited, of whom 1.3% participated. The effect on saving behavior turned out to be large: over the follow-up period of 2 years, participants saved on average no less than 11,465 dollars extra. A cost-benefit analysis showed that the seminars were also highly profitable for the pension funds.”

Benchmark
“Previous research into financial literacy interventions often considered a non-representative target group or was based on subjective responses of the study participants. One of the aims of our research was to establish a benchmark that could be used to compare the effectiveness of such interventions. We have achieved this by analyzing a large-scale intervention with objective administrative data. A caveat of our study is that we analyze the responses of people who self-select themselves into participating in a seminar, which means that we cannot infer the participation effects for an average person. Also, every second Australian doesn’t consult anyone… it is still a puzzle how to get these people more involved. Further research is needed to determine what the effect is on different incomes or in other stages of life.”