In recent decades, most Western countries have dealt with different social security and pension reforms. The success of these reforms is largely related to the way in which people adjust their behavior, for example by working longer. “But knowledge is power: what you don’t know can’t help you,” said Irene Ferrari (Ca’ Foscari University of Venice). “We asked people in seven European countries at what age they expected to be legally entitled to their pension benefits. We found large differences in knowledge between people. We also found that the level of knowledge has a great impact on the labor participation of older employees.” 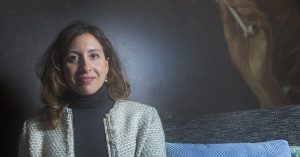 The study deliberately asked about the moment at which people expect to be legally entitled to pension benefits. On average, this expectation appears to correspond fairly well with reality, but there are many differences between people. “The Netherlands stands out when it comes to knowledge at the country level,” continues Ferrari. “The Dutch generally know very well from what age they receive state pension (AOW), even after the recent system change. Individuals in other countries are significantly less informed. Moreover, every system change leads to even less knowledge. This may be due to the frequency of changes, which is higher in countries such as Italy than in the Netherlands. The effect of communication or media coverage on knowledge is not included in our research.”

Inequality
Whether or not people choose to work longer – and thus in most cases improve their own pension situation – is largely dependent on their level of knowledge of a reform; more so than on the pension reform itself. The individual differences in knowledge can lead to more inequality if people with a lower level of knowledge do not take action on time. “It is therefore important to take that heterogeneity into account. People who do not internalize the new rules have a greater chance of leaving early and thereby undermining themselves and policies.”

Women
“Well-informed participants respond better to incentives to work longer. A lack of knowledge can lead to poorer decisions and lower participation of older people in the labor market. Overall, the employment rate of older people in all countries has increased. This is mainly due to women. They often start working more hours at a later age, which has a positive effect on total labor participation.”