Data-driven approach for retirement adequacy: “In many countries, realized replacement rates may not be sufficient”

Is a replacement rate of 70% sufficient to maintain the living standard after retirement? Or does a data-driven benchmark give a different picture of an adequate retirement income? Researchers Julian Schmied and Christian Dudel (Max Planck Institute for Demographic Research) developed an empirical approach that can provide insights into what could be an adequate retirement provision. They provide findings for Germany and the United States, but their method could also be applied to other countries. According to the authors, replacement rates in Germany are too low to maintain the living standard, whereas retirees in the US are doing better. 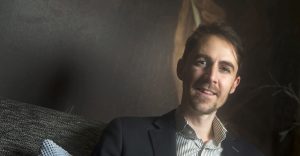 People expect a certain standard of living after retirement, and many would like to maintain the living standard they achieve during working life. But how much money is needed to achieve that goal? Julian Schmied: “For our approach we looked at individual welfare shortly before and after retirement. We created a benchmark on which savings plans can be coordinated and hopefully contribute to better assess pension adequacy on the macro level as well.” He continues: “Overall, net replacement rates of 90-100% are required to maintain the living standard. Work-related costs that drop upon retirement are lower than expected. As a consequence, more retirement income is needed than previously assumed.”

Satisfaction
“Interestingly, our findings also show that it is apparently easier to maintain income satisfaction than approximations of consumption.” A possible explanation is the fact that general life satisfaction typically increases with age, and therefore decreasing income at retirement is not the only factor driving satisfaction with income.

Save (for) yourself
“Although older people are relatively satisfied with their income, an inadequate replacement rate entails risks. In countries where statutory pension levels are declining, people have to save more themselves. With our benchmark, we hope to provide a yardstick for individual saving plans. According to our results, the average saver in the Netherlands seems to be doing well. In other countries, however, people are likely to experience a downgrade in their standard of living. Of course, the benchmark we propose – maintaining the living standard of the working life – is just one way to quantify a retirement goal. One could also look at, perhaps less ambitious, goals such as poverty prevention, retirement satisfaction, minimization of expenses, happiness in general. We work on a number of these ideas.”